The band, who are feverishly public in their political standing, posted a message which some fans took offence to in relation to a recent article about Johnson’s typically crass and offensive words.

Johnson, who is the foreign secretary, said that the municipality of Sirte could become “the next Dubai—the only thing they’ve got to do is clear the dead bodies away and then they’ll be there”and is being told to resign from his role.

Fat Whites, mocking Johnson posted a message which read: “ONLY A PEPPERING OF SAND NIGGER CARCASSES TO SHIFT AND WE’VE GOT OURSELVES A NEW DUBAI GENTLEMEN! ONWARDS!!!”

Fat Whites, formed by Algerian brothers Lias and Nathan Saoudi, have been vocal in their support for labour leader Jeremy Corbyn and have made secret of their left-leaning politics. The band, however, deleted their post on Facebook. 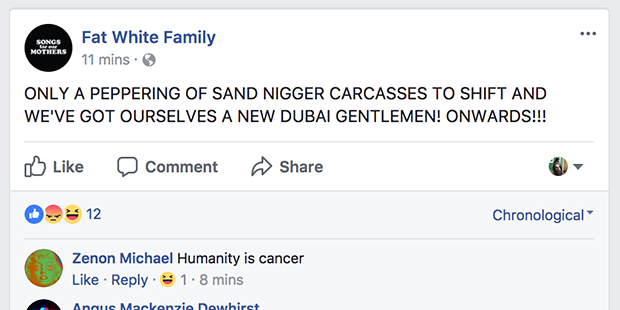