This day some 200 years ago Emily Brontë was born, and then 140 years later Kate Bush followed suit. On January 20th 1978, one of the most iconic, interesting and entirely entertaining pop singles of all time was created. And they’re all connected.

Kate Bush released ‘Wuthering Heights’ and it sky-rocketed her into fame and fortune. The track was undoubtedly inspired by the novel written by Emily Brontë of the same name, and with both the artists sharing a birthday, Bush being 60 and Brontë being 200 today, we thought we’d take a closer look at the song which binds them together. 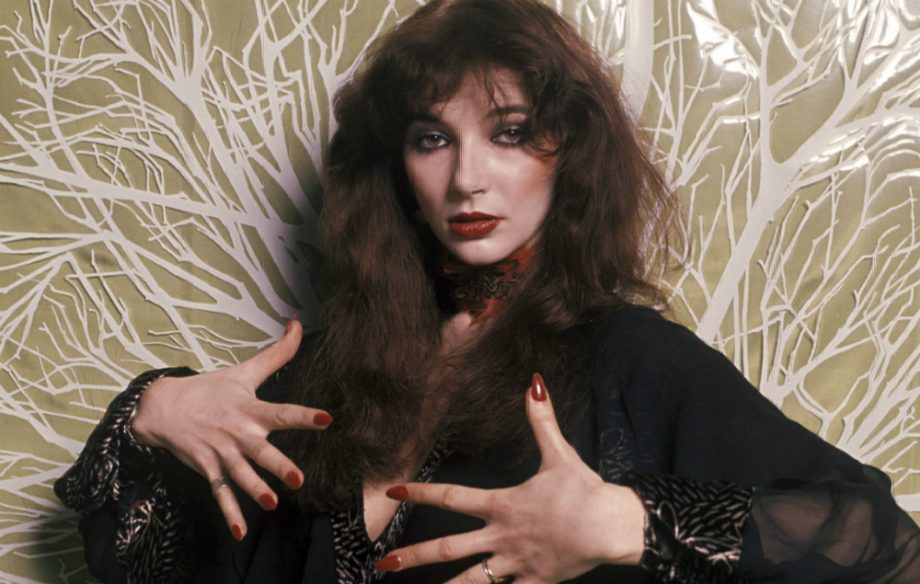 The song was written in the leafy South London suburb in the summer of ’77. As London was swollen with the vicious angst of punk, Kate Bush was creating a masterful pop record: “There was a full moon, the curtains were open and it came quite easily,” Bush told her fan club in 1979.

It wasn’t only the subject matter of the song which connected the two. The song was a ghoulish rendition of dry-ice filled moors and written from the point of view of a deceased Cathy Earnshaw’s longing for Heathcliffe that Bronte had originally envisaged. It was also the world’s introduction to Kate Bush. Her employment of dance, mime, theatricality began to herald in a new era for pop music and was strongly linked by literature and theatrics.

Her iconography only grew from this moment.

Still, nobody could have predicted, least of all Kate herself, how successful the song would become. That people like you and I would be still so enchanted by its whimsical nature, high octave notes and the sheer fantasy it inspires. This is true of the book itself, a novel which continues to be deployed in schools across the country to help develop the eyes and minds of children.

Bush was a trailblazer from the start having begun singing at 11 she worked her way through the mundane areas of middle-class Britain to spread her wings and top the charts. The charts, in 1978, having run for 25 years was still heavily male-dominated, Bush broke the mould when she became the first female to top the charts with a self-penned song, again aligning with Brontë who defied male oppression to write and be read, though sadly through her male pseudonym Ellis Bell.

The strength of artistic direction deployed by Bush has left her prominent in the heart of so many of her fans. She inspired a generation with her pursuit to never be boring or feel tiresome, Bush always pushed the envelope and indeed continues to, and her credibility has always, always rested on her daring.

Daring which ‘Wuthering Heights’ is a testament to and was inspired by Brontë’s own venturesome nature.