Morrissey: “I would kill ‘vermin’ Donald Trump for the safety of humanity”

Morrissey, being his typically outspoken self, has taken a pop at Donald Trump.

Discussing Trump’s popularity, the former Smiths frontman questioned the president’s leadership skills, compared him to a child and described his dismay with the current political movement.

“Trump has received so much attention, especially when compared to other candidates – Bernie Sanders, for example,” Morrissey told German magazine Der Spiegel. “Although the media said he would not win, every day, all the headlines: Trump, Trump, Trump, Trump!”

“The American media helped Trump, yes, they first created it,” Morrissey added. “Whether they criticise him or laugh at him, he does not care, he just wants to see his picture and his name. The American media have shot themselves in the leg.

“Since he has been in power, he has exhausted the world,” the singer argued. “He grabs after everything like a little child. He is not a leader. He is vermin.” 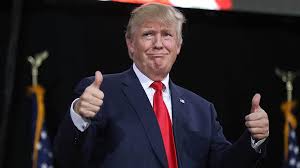 “I never expected him to be elected,” Morrissey continued before discussing Trump’s re-election prospects: “Maybe, I have no faith in the political elite anymore.”

Then, asked the hypothetical question: “if there was a button here and if you pressed on it, Trump would die dead – would you push it or not?,” Morrissey replied: “I would, for the safety of humanity. It has nothing to do with my personal opinion of his face or his family, but in the interest of humanity I would push.”