Sometimes I feel a little bit sorry for Mac DeMarco. This guy, making hit records, singing lullabies to his love while on stage and touring the world with his friends is struggling somewhat to shake the ‘goofball’ label that has been handed out to him because he doesn’t take life too seriously.

When he released his breakthrough record Salad Days, he’d spend the next year fighting off excitable young teens desperate to storm the stage desperate to dive back in the crowd… then repeat the process. DeMarco’s most recent album, This Old Dog, a slowed-down version of what came before, was branded his ‘coming of age’. Jesus, he’s still only 27.

Anyway, a little while back a job advert appeared on his website looking for a new assistant for the fan club he started in 2015. The job listing which can be found on DeMarco’s website, asks for applicants to be efficient with WordPress, have an eye for detail and to be an expert in providing the creating ‘dankest memes’.

Anyway, when asked about it for what must be an uncountable amount of times, the Canadian musician distanced himself from the listing.

“You know what? That story was everywhere,” he told Shortlist, “but that wasn’t even me! I don’t run the club, that was my manager who put that out. I’m not actually after someone to make dank Mac DeMarco memes.

“I don’t even know what would make a meme dank. What does the word ‘dank’ actually mean?” 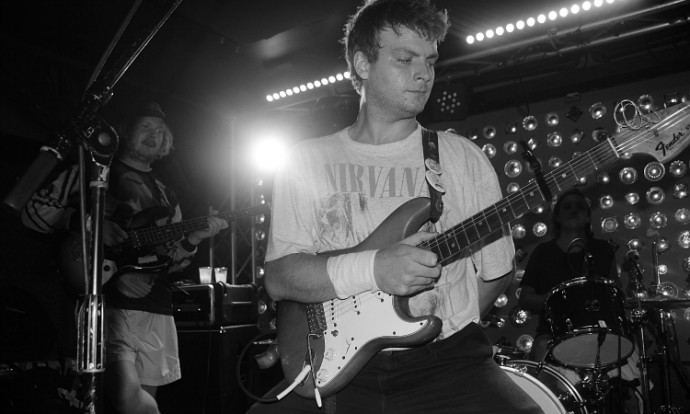 Even for the one of the most fun-loving, polite and easy going guys in the industry the constant piss taking must become a little tiring. It was only a few weeks back that he explained how his current online persona made him feel like ‘a walking, talking meme’.

“People say I’m crazy or goofy or whatever,” he says in the in-depth interview. “It’s there, it’s totally there and people seem to like it and if they want to hone in on it that’s fine with me, that’s great.

“It’s not up to me anymore. I’m essentially a walking, talking meme so people can call me whatever they want, it doesn’t matter. Like my songs they are out there, they aren’t mine anymore. And this persona is no longer mine now.”