Katie Crutchfield AKA Waxahatchee is no one trick pony. She is, and has always been, a changing and challenging artist, happy to move across genre, tempo and themes to accurately express herself. So it’s with great pleasure that we hear the news of her new EP Great Thunder coming to our ears in September.

Released on the 7th the EP will follow last year’s thunderous album Out In The Storm, which we had in our best of the best for 2017, with the new issue being something slightly different. Featuring a collection of songs written with now-dormant experimental recording group Great Thunder while Crutchfield was also writing the previous Waxahatchee albums Cerulean Salt and Ivy Tripp, the original recordings have mostly faded into obscurity. 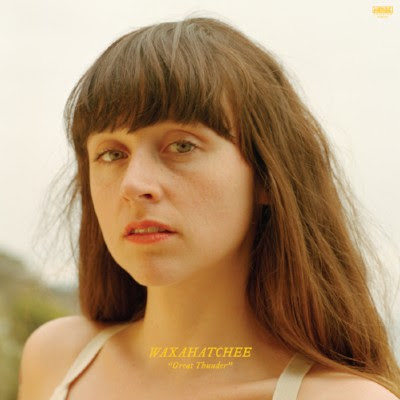 Katie has therefore been working with producer Brad Cook on unearthing and reimagining them at Justin Vernon’s April Base studio in Wisconsin. They developed a different sound to the album before Katie says “I would say that it is a complete 180 from the last record: super stripped-down, quiet, and with me performing solo, it’s a throwback to how I started,” writes Crutchfield. “Overall, the EP is a warm, kind of vibey recording.”

With the news she has also released a taster of what’s to come and it is startling beautiful. ‘Chapel of Pines’ has the distinct quality of timelessness and coupled with a video featuring Kevin Morby has got us daydreaming of the EP to come.