Ty Segall and White Fence get wavy on ‘Joy’

Ty Segall is without a doubt the most prolific artist in rock and roll. Hands down, no contest move on. Oh, except for maybe Tim Presley AKA White Fence. The two colossal’s of West Coast garage and psyche respectively – the two have often flirted with each other across the airwaves – combine again and this time their mind meld is complete. Their 2012 album Hair was a delightful and messy first date. New album Joy is the main event.

If there’s one critique you could levee at Segall it would be that often he let’s go of music too early. Not giving the projects the time to breathe and/or suffocate Segall can sometimes sound more of a one-trick pony than his talent would suggest. Presley is equally as guilty of churning out music – he once produced over 72 songs in a three-year period.

Although Joy doesn’t see the volume decrease (15 tracks) it does see the duo direct one another along more tangible paths. They collaborate to bring together their best attributes and move into the world of experimental pop (wind instruments and growling dogs? check).

Most of the tracks are under two minutes long, brimming with vibrancy and entirely built on a foundation of welcomed lunacy, but somehow they manage to all point in the same direction. A marked progression. 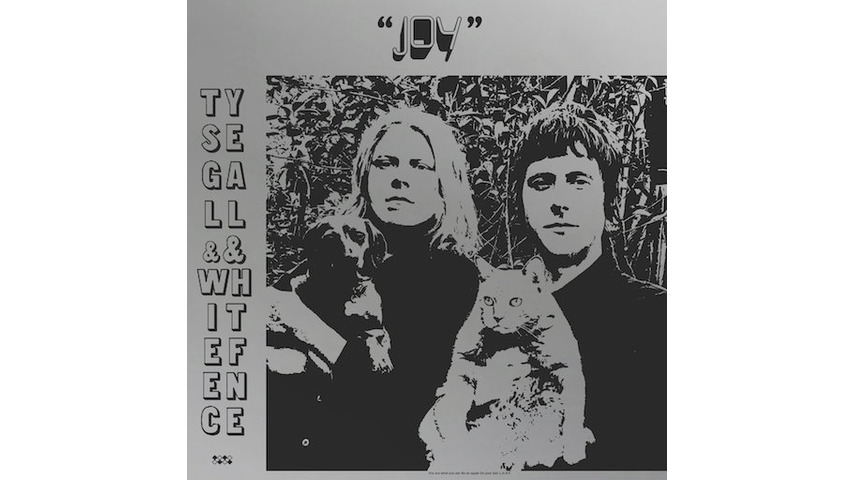 Songs like ‘Good Boy’, ‘Do Your Hair’, ‘Other Way’ and ‘Body Behaviour’ all feel fresh and different but conducive to the overall feeling of the album. It’s a feeling that isn’t without its bum notes, some of the filler tracks like ‘She Is Gold’ are purely painful and can only have been included for giggles, but on the whole, has a distinctive charm that only gets better with every listen.

The two artists get to showcase their attributes with equal swagger, whether it be on the psyche tinge sound of ‘Please Don’t Leave This Town’ or on the punkier notes of ‘Other Way’ the duo blends effortlessly.

On the whole, Joy is not just another output from two of the most prolific musicians around. No, it’s an album that feels if not ‘thought out’ then played to it’s fullest. The two combine and seamlessly cohabitate across most of the tracks. Like Lennon & McCartney if they’d been smoking PCP and drinking red wine – raucous, rough and ridiculously enjoyable

Stream Joy below in full and order from here