American band Allah-Las have been forced to cancel their show in Rotterdam due to a major terrorism threat.

Rotterdam Mayor Ahmed Aboutaleb confirmed that Dutch police arrested a man who was driving a van with Spanish license plates and a number of gas tanks inside. Military explosives experts were deployed to Rotterdam to examine the van, police said.

Aboutaleb confirmed that the concert was cancelled due to a warning by Spanish police in regards to a potential terror threat.

“It is not yet good to say that the things are linked,” Aboutaleb said. “It still has to be established that there was a link between the van and the threat. We can’t say that yet.”

Local authorities said they took the information about a threat “seriously enough that after discussion with organisers it was decided to cancel the event. 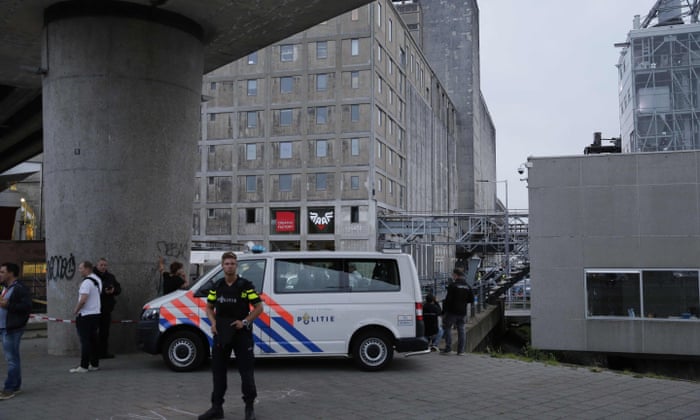 In an email to The Associated Press, the band’s label, Mexican Summer, said: “Due to a potential terror threat at The Maassilo in Rotterdam, the Allah-Las show was canceled tonight.

“Details are not available at this time as the incident is still under investigation. The band is unharmed and are very grateful to the Rotterdam Police and other responsible agencies for detecting the potential threat before anyone was hurt.”

In an interview with British newspaper The Guardian last year, band members said they chose the word Allah, Arabic for God, because they were seeking a “holy sounding” name and did not realize it might cause offense.

“We get emails from Muslims, here in the U.S. and around the world, saying they’re offended, but that absolutely wasn’t our intention,” lead singer Miles Michaud told the newspaper. “We email back and explain why we chose the name, and mainly they understand.”