Radiohead have given a rare and intimate interview as the band celebrate the 20th anniversary of the iconic album OK Computer.

The band is planning to release previously unheard track ‘I Promise’ on Friday, in conjunction with the anniversary which comes with a reissue of the record, titled OKNOTOK.

The newly studio recorded version of ‘I Promise’ comes as the new reissue of OK Computer looks set to include eight b-sides and three unreleased tracks – all of which look to be released on the day of the band’s Glastonbury headline set.

In reflection, Thom Yorke admitted the original album was “really fucking geeky” as the band as a whole hit out at the emergence of Britpop around the same time.

“[The] whole album is really fucking geeky…I was kind of a geek when I was a kid, unashamedly so. Then I’m in this rock band famous for drinking tea and never socialising, where the truth is somewhat different,” Yorke said in an interview with Rolling Stone.

“I was basically catatonic,” he says. “Back then, the person I saw in the mirror kept saying, ‘You’re shit. Everything you do is shit. Don’t do that. It’s shit.’” 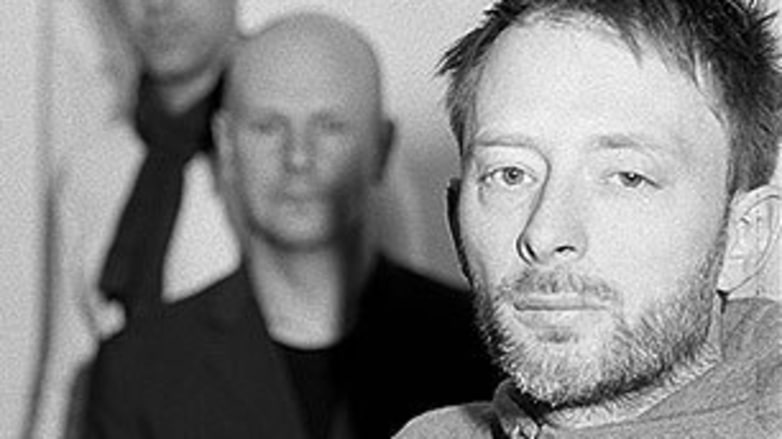 Then came The Bends, kickstarting Radiohead and OK Computer as we know it. A major support act on the tour of Alanis Morrissette followed: “My main memory of that tour is playing interminable hand-organ solos to an audience full of quietly despairing teenage girls,” Jonny Greenwood said. “People are sitting down to their chicken dinners. We were trying to get them to choke on the bones,” Yorke added.

Yorke, sat there with his iPhone on show with the cover plastered with the message “Fuck what you heard” on it, discussed the relevance of OK Computer being released the same year as Blur’s self-titled album which coincided with Oasis’ ‘Be Here Now’.

“The whole Britpop thing made me fucking angry. I hated it. It was backwards-looking, and I didn’t want any part of it,” Yorke said. “To us, Britpop was just a 1960s revival. It just leads to pastiche. It’s you wishing it was another era. But as soon as you go down that route, you might as well be a Dixieland jazz band, really,” Greenwood added.

[MORE] – The news Radiohead fans have been waiting for