Claw Marks are synonymous with the London underground scene, and if you’re not yet aware of them then that’s probably just how they’d like it to be. Born out of a love for the kind of morbid punk that makes Nick Cave have a little tremble, the band have finally released their debut LP. Available digitally today and out physically on August 30th.

Claw Marks (featuring members of Boneyards, Human Hair, Insecure Men etc) and their debut album Hee Hee have now finally been given a home outside of the venues they routinely destroy with their live performances on the fitting PNKSLM Recordings – truly one of the best around right now.

Back in 2013, the band got together as they gathered in a dusty Texan desert to escape the luvvies of SXSW, purely existing as a live outfit it has taken 5 years for the album to finally take root. But their early days have always provided the rich fertilizer needed to grow something great, most of all their epic live shows.

James says of their debut show “It was my birthday, and several types of intoxicant were involved, that show cemented us as a band. We were playing in the confines of a place that was so similar to the sound we were trying to grasp.”

“The place was dilapidated, the walls were crumbling with every step. When we started playing, the ceiling started shaking, dust rained down on us. When somebody let off a fire extinguisher halfway through our set, everything was covered in white dust and froth – they looked like corpses at a foam party.” 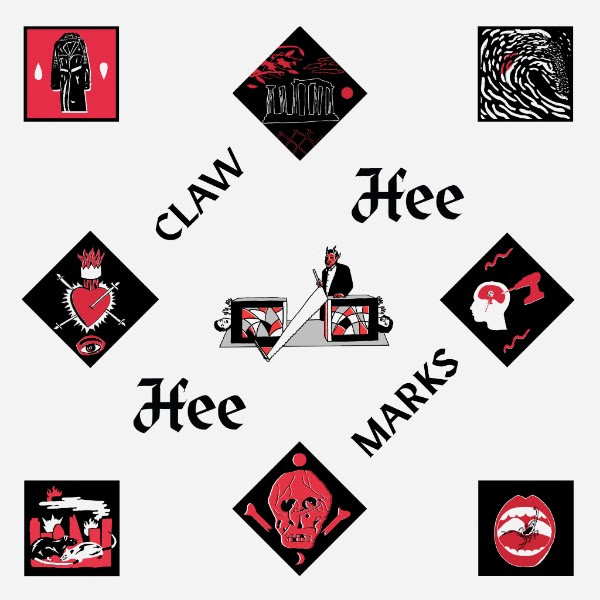 With some tracks harking back to these early days the recording process has been long and arduous but one which the band believes has only matured the sound for the better.

“I’ve been telling people that the album aged like a fine wine, because it took so long to come together,” Jack explains in his inimitable style. “But now, I’d liken it more to a slab of rotten meat. We covered it with cheesecloth and allowed it to fester. Every time we came back to it, there’d be more flies buzzing around the thing, and new rude lifeforms grew on the songs.”

It’s very hard to argue with that assessment. The songs are deeply bloodied and obtusely coagulated. It is hard to fathom a situation where they could be outwardly enjoyed. No, these tracks are built for self-contemplation, self-flagellation, and self-destruction.

Dark and dirty they smell like a Victorian orphanage. Each track is splashed with tears, blood, bile, and brutality. Every note and growling vocal is an attack and a stark reminder that we are all leaving here alone.