The funeral for acrobat Pedro Aunion Monroy who tragically died during a performance at Madrid’s Mad Cool Festival has been held in Spain, a family friend has confirmed.

Mr Monroy, the 42-year-old who lived in Brighton, took to the stage after Alt-J’s performance to fill the gap until Green Day arrived but suffered complications and fell 100ft to his death.

It is believed around 35,000 people witnessed the performer fall around from a cage suspended above the Spanish crowd.

A Buddhist ceremony was held on Saturday and a Catholic cremation, his friend Gary Taylor has explained. A song by Prince was played at the funeral and the family plan to bury Mr Monroy’s ashes with his grandmother’s in Madrid.

“Pedro and his partner Mike are both Buddhists and [Mike] said afterwards it was a very powerful experience,” Mr Taylor said.

“Pedro was a huge ball of energy, a very big character and a very kind man.

“I’ve got a lot of funny memories, but far too few memories now. He was a big showman and died as you might expect, with an audience.

“His family are lovely… they are all devastated and shocked.”

A backlash followed as Green Day, who were unaware of the severity of what had just happened, took to the stage just moments after the incident to play their full set. Since that moment, the American band have shared a statement of their own.

Now, the festival have explained their decision making to deal with the situation:

We, the festival management, would like to publicly express our absolute grief and desolation regarding the incident that happened at the festival on Friday 7th July while choreographer, dancer and workmate Pedro Aunion was performing. We would like to express our love and support to all his family and friends at this hard and devastating time.

With regard to the festival’s response in the aftermath of the incident:

2 – The decision to not stop the festival immediately was made between the state and local security forces, as well as our security management. 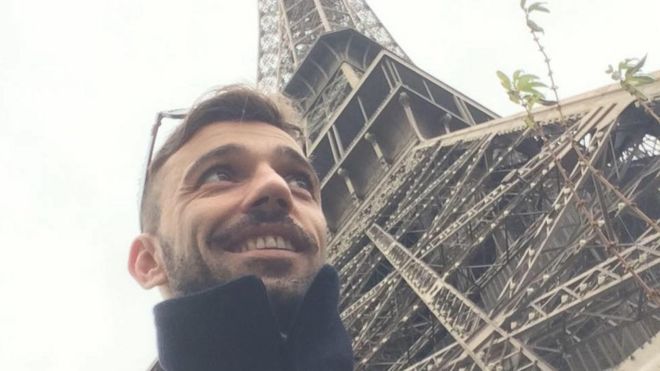 Mad Cool Festival complied with all the corresponding security measures that are mandatory for the audience, artists and workers at festivals and was prepared for all eventualities. In this situation it was officially deemed unsafe to have a large mass of people moving all at once, with the possibility of violent reactions, due to a sudden cancelation of an event of 45,000 people. The safety and security of the fans at the festival was of the highest order and it was not compromised.

Throughout the night and since the tragedy, we worked together in a coordinated way with the healthcare professionals present at the event, as well as the emergency services of the city council and security team. A psychological unit was made available to the family.

We believe music and culture are a life celebration and the festival pays tribute to all the artists that work everyday showcasing their talent in front of admiring and appreciative audiences.

Mad Cool would officially like to thank the audience for their kindness and support, the security forces and emergency services who worked so hard to keep everyone safe and we offer our gratitude and affection to all at this hard time.