The first headliner and wave of acts for the brilliant All Points East Festival, held in London’s Victoria Park, has been announced. By all accounts, it seems as though they’re getting bigger and better with every year.

The 10-day festival, based in Victoria Park in the Tower Hamlets region of the capital, will have the tickets on general sale this Friday (November 9). To coincide with this ticket drop they’ve announced a wave of acts. With All Points East 2019 set to take place from May 24 to June 2,

The biggest name scheduled to grace the stage is the timeless Chemical Brothers. The same stage will also see Danny Brown, Spiritualized and more give the crowd all they have on Friday, May 24th.

With more names to be added very soon AEG Presents’ Jim King, said: “We are thrilled to be returning to Victoria Park for a second year with an artist bill as exciting as our first year.

“We’re expanding our programme of free midweek entertainment and again working alongside some of the best local suppliers to produce an incredible ten days of entertainment with something for everyone.”

Check the full announcement, below. 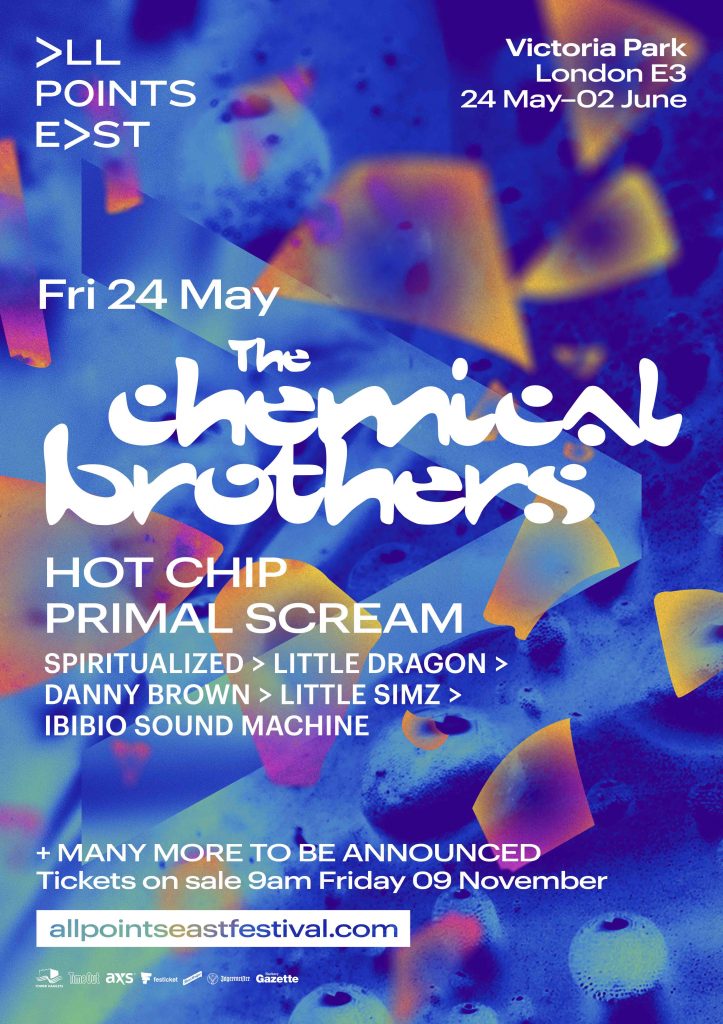