Erykah Badu has will be topping the bill at Field Day 2018, she will be joined on a huge line-up that includes the likes of Four Tet, Mr Jukes and Loyle Carner.

The festival was forced to find a new home after Coachella’s parent company AEG announced it had taken control of Victoria Park and would be running All Points East, a 10 day festival featuring the likes of The National, Nick Cave & The Bad Seeds, The XX, LCD Soundsystem and Bjork.

Neu-Soul queen Badu will headline the first day of the festival on Friday June 1, which will also see sets from Mr Jukes and Loyle Carner, while the festival’s Barn Stage will host sets from Nils Frahm and Four Tet.

Check out the whole line up so far below. Tickets are on sale now and can be purchased from Field Day’s site. 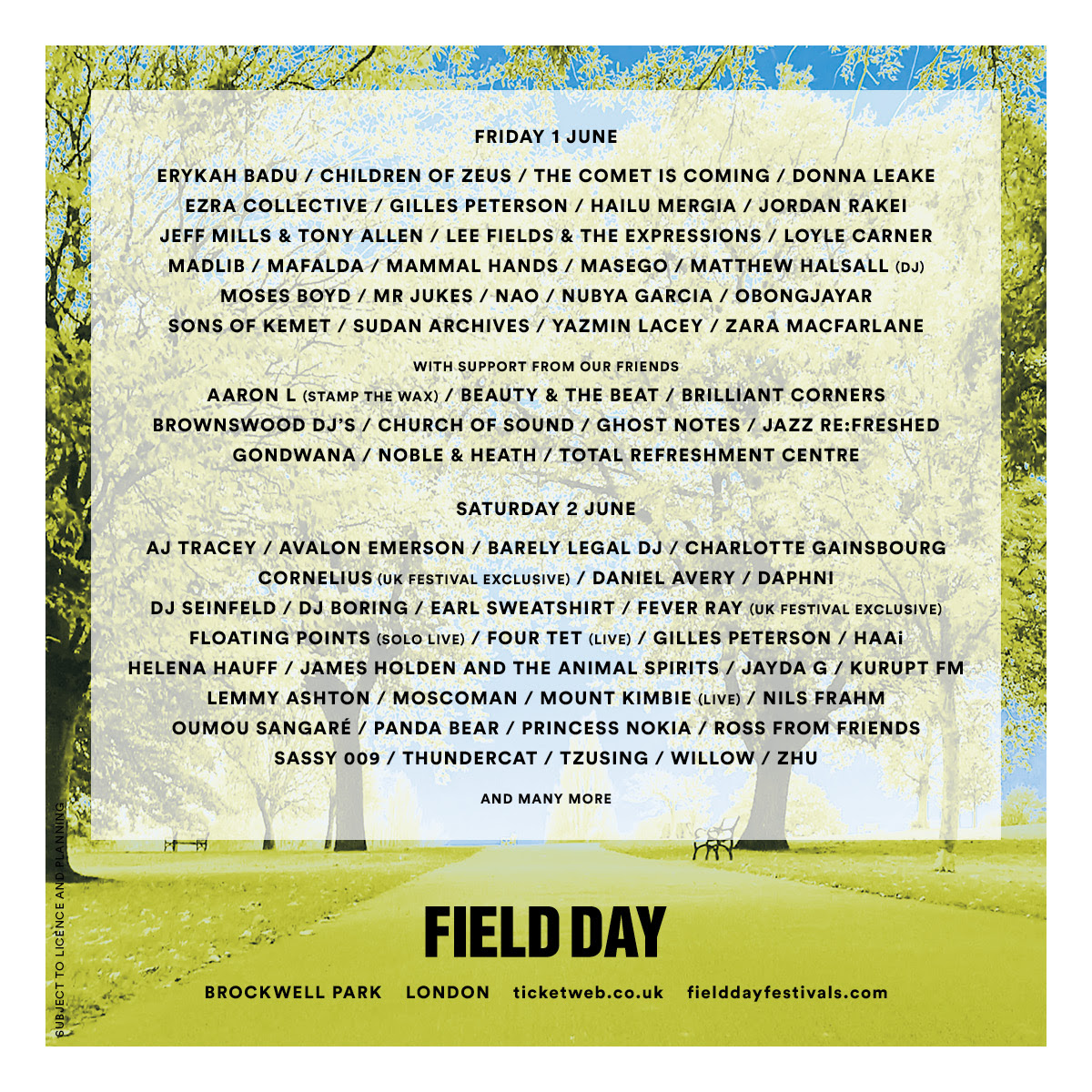 Field Day co-founder Tom Baker said: “I’m excited about our move south to Brixton and having the historic Brockwell Park as our new home. As lots of Londoners know, moving on can be a wrench but is also just a part of life in this amazing city, and we know there’s so much musical history to build on in our new place.”

He added: “Since Field Day started in 2007, some might say that London has become festival crazy, there is just so much amazing live music to see, but for us, now more than ever, it’s really key to cut above those that ape you. I feel the Field Day 2018 line up is one of the best yet, its fresh and exciting, cutting edge but has some absolute legends and returning Field Day veterans, its ‘Field Day’… through and through.”