Fats Domino, a founding father of rock ‘n’ roll, has died at age 89

Antoine “Fats” Domino, the lifelong New Orleanian who was a founding father of rock ‘n’ roll, died Tuesday at a local hospice. He was 89.

One of Domino’s children, Adonica, told an Advocate reporter on Wednesday morning that her father had not died. But she confirmed his passing to WWL-TV anchor Eric Paulsen, a friend of the family.

Domino’s rollicking piano, paired with a perpetually sunny voice that bore traces of his 9th Ward Creole patois, informed a long string of million-selling singles in the 1950s that facilitated rhythm and blues’ transition to rock and roll, including “Ain’t That a Shame,” “Walking to New Orleans,” “Blueberry Hill” and “Blue Monday.” He ranked among the decade’s top-sellers and became an international star, touring the world tirelessly with a crack band.

Domino was born in New Orleans on February 26, 1928, to a family of modest means. His portly girth earned him the nickname “Fats.” As a young man, he became obsessed with the piano.

Visionary producer, songwriter, trumpeter and Imperial Records talent scout Dave Bartholomew “discovered” Domino at the Hideaway Lounge in the 9th Ward. Working at Cosimo Matassa’s recording studios in and near the French Quarter, Domino and Bartholmew created a body of work unlike any other in the annals of New Orleans music. Together, they established New Orleans as a hotbed of rhythm & blues and early rock ‘n’ roll. 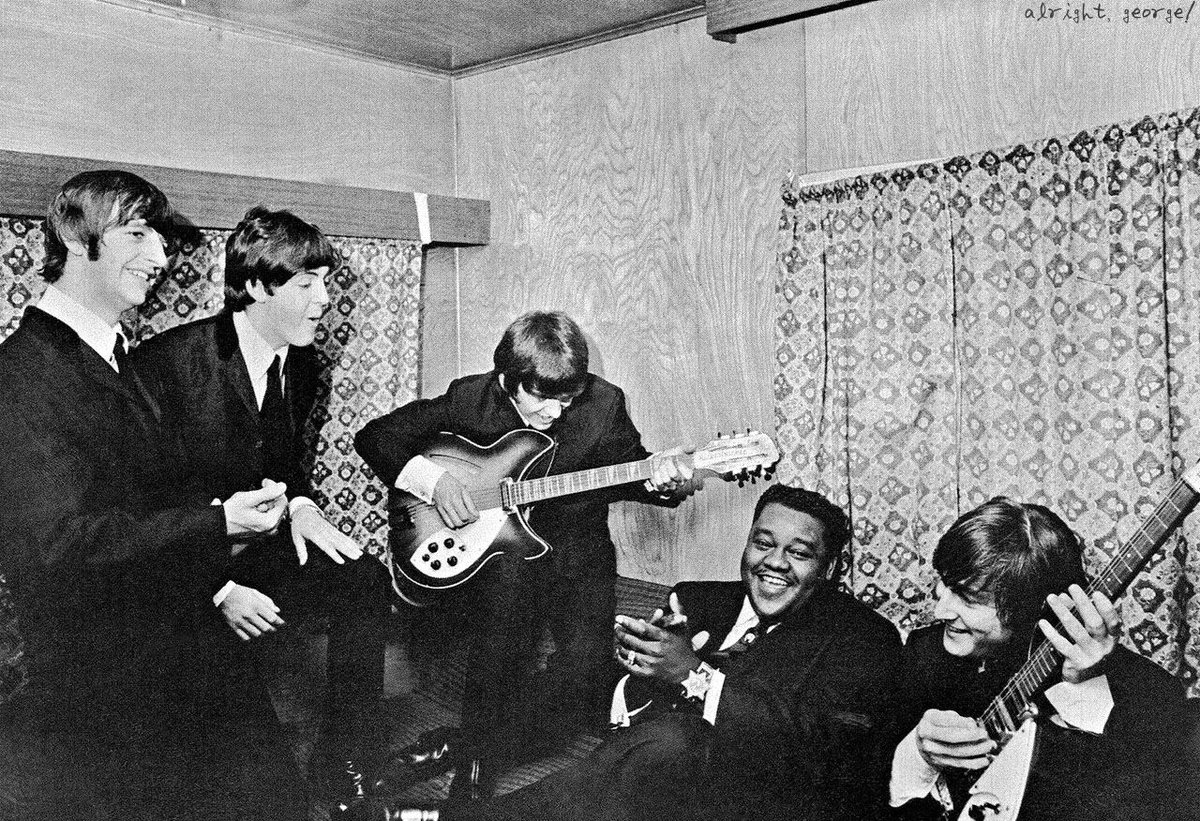 Domino supported those singles by touring relentlessly. His concerts often featured integrated audiences, a rarity for the time.

By the late 1960s, after the Beatles — who were avowed Domino fans — and other British Invasion bands changed the face of popular music, the hits were harder to come by. However, Domino continued to perform and tour.

But he eventually grew weary of the road. His last tour was a rocky 1995 European jaunt plagued by illness. For the next decade, he rarely strayed outside Orleans Parish, save for the occasional gig at a Mississippi Gulf Coast casino. He limited his hometown appearances to an occasional set at the New Orleans Jazz and Heritage Festival, or private functions.

He preferred to cook and hang out with his “podnas” at his longtime home at the corner of Caffin Avenue and Marais Street in the Lower 9th Ward.

He had built the spacious split-level in 1960 as a sleek, modern mansion of blond brick. His wife, Rosemary, and various relatives occupied the two-story main house, with its pink and yellow trim and fence of wrought-iron roses. A smaller, adjacent house served as Domino’s hideaway.

He elected to remain at that house as Hurricane Katrina approached in August 2005. A section of the retaining wall alongside the eastern edge of the Industrial Canal, not far from his home, ruptured, flooding the neighborhood. He was eventually rescued by a Harbor Police boat, even as some media outlets reported erroneously that he had perished in the storm.

Domino joined other storm survivor at the Superdome, before making his way to Baton Rouge, where he stayed briefly with a granddaughter’s boyfriend, LSU quarter Jamarcus Russell. He then moved temporarily to Ft. Worth, Tex.

He eventually bought a handsome stucco house in a gated community in Harvey, where he lived quietly, making only rare public appearances for the rest of his life.

Shy by nature, he was often anxious before performances. That performance anxiety only grew more acute in his later years. His final hometown concert was a May 19, 2007 performance at Tipitina’s.

In recent years, his mental and physical health declined steeply, friends and fellow musicians who visited him at his home reported.