Coachella 2015 is set to be another rip-roaring success after the incredible line-up was announced.  Taking place over two weekends (April 10-12 and April 17-19), in Indio, California. The festival has just announced its lineup, which you can see on the picture below. AC/DC, Jack White, and Drake will headline. 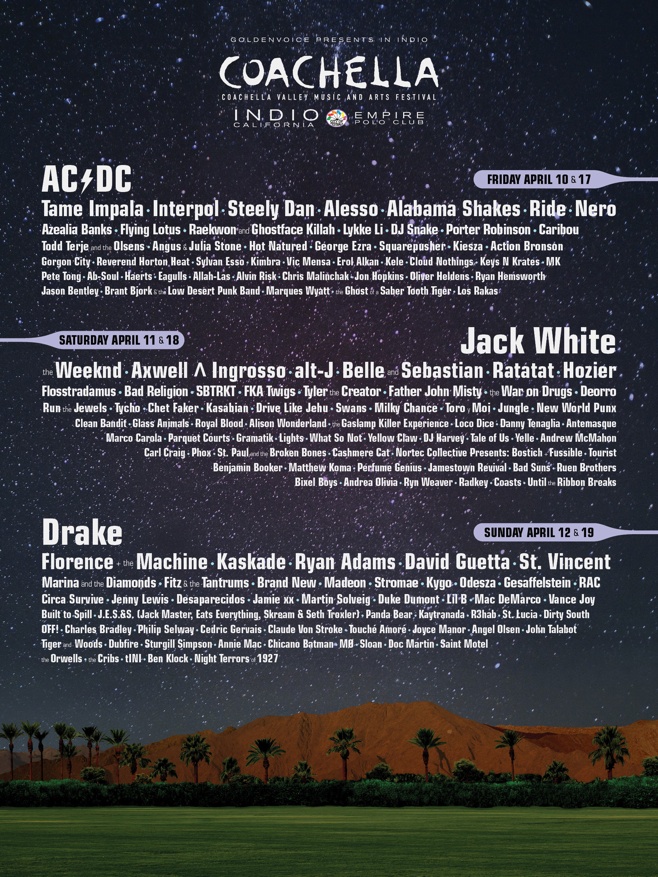