Its time for Public Enemy to take over Iceland, just ask Flava Flav (clock joke…), as they descend on Keflavik to be part of one of the most eclectic ATP festivals to date.

With acts such as the newly announced Swans, Belle and Sebastian and Run the Jewels joining Iggy Pop as well as the Hip-hop masters this years effort looks set to be a weird one, but hey it is Iceland.

The event is held at Ásbrú, a former NATO base in Keflavík, which is only five minutes from Iceland’s biggest international airport and only a half hour from Reykjavik. Consisting of two indoor stages, a cinema, as well as DJ’s and a bloody pop quiz.

Plus did we mention Public Enemy and Iggy fucking Pop! 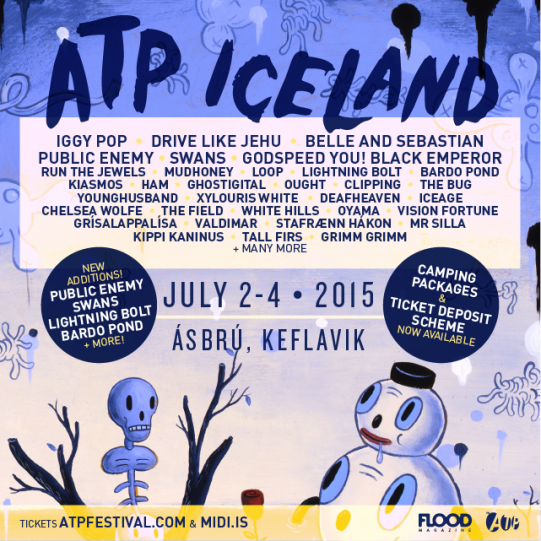