Grimes: ‘The final album for my shit label will be a highly collaborative one’

Grimes has hit out her current record label 4AD and the music industry in general after sharing the news that her new album has been delayed.

Fans of Grimes have been waiting patiently for the follow-up to 2015’s brilliant Art Angels and, when it was finally announced to be shared this year, she followed it up with the following disappointing update: “welp no music any time soon after all music industry is trash,” she wrote in a Instagram caption which has now been deleted.

as confusion continues to swarm around Grimes, she returned to social media for yet another update. This time, however, it was a damning put down of her current label: “back in the studio making a million beats,” she said before adding that she is working on “one final album for my shit label and then my first album on a label of my choosing which im crazy stoked about eeeee. or i might go fully independent, researching options. the second one will be extreme darkness and chaos, the first will be highly collaborative and most glorious light.” 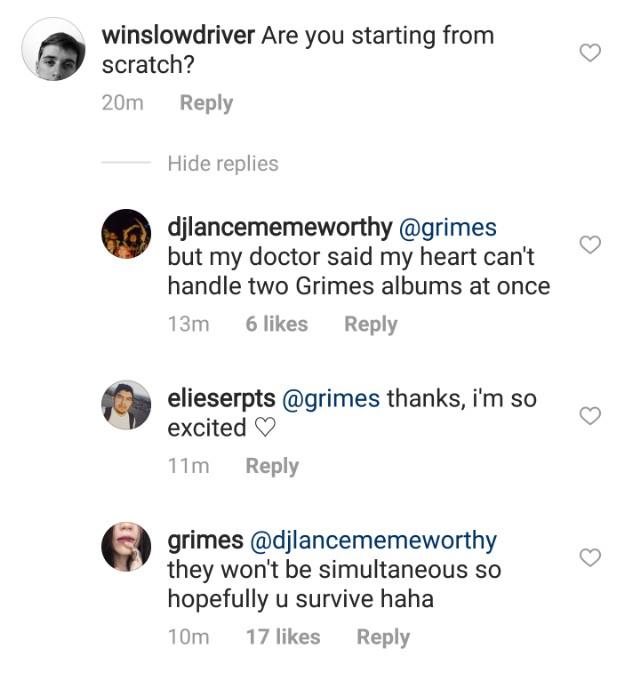 o my god i love this amazing art by @joaum20 on twitter ? today is a good day im back in studio making a million beats